Riffing off of last week’s “Conversation with the Zhinin”…

You’ve been hanging out with your characters again lately. It doesn’t make a whole lot of sense, because you’ve finished writing the book they feature in. (At least, you’ve finished it as far as any project is “finished” until publication, when it’s too late to find mistakes.) You were supposed to move on to something new.

You’ve tried to do that. You’ve tried writing scenes and sketches with new characters, going through getting-to-know-you exercises to learn about someone’s current problems and past shadows. You’ve tried to find the spark you know you need in order to invest wholeheartedly in a new story: the spark that will get you through hours upon hours at the keyboard, stretches of joyful satisfaction and deserts of frustration and struggle.

That spark will come eventually. You’ve done this kind of work long enough to know that. Meanwhile, though, in spite of all your best efforts, you find yourself going back again and again – with a persistence that, as Charles Dickens put it, might be “worthier of a much better object” – to those characters you hung out with all last summer and fall. 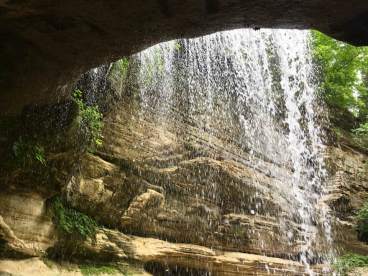 There’s that one character you love. You loved him from the get-go: he was the motive power behind all four-hundred-and-some pages of your recently finished book. When you got blocked, say in the middle of a scene that didn’t include him, you thought about how if you just pushed through, you’d get back to one of those sections where he featured. Not that the writing necessarily got easier when he showed up in it. Sometimes it’s hardest to write about the characters you love the most. (You don’t want to screw it up, right? And he has to be perfect. Except not too perfect, because goodness knows, you wouldn’t want to spend much time with an insufferable do-gooder and know-it-all.) But every time he came into a scene, even if his presence slowed down your writing pace, you had the deep satisfaction of writing a character you found fascinating, complex, and richly rewarding.

Now, with his book “finished” and another one theoretically in the works, you’re supposed to have finished your time with him. Except that he still captures your imagination, and apparently your heart too: the zhinin you put on the page, the “good man with the bad heart” who embodies the kind of quiet wisdom, and strength under pressure, that always work on you. You find yourself going back to his story, over and over. Not the story you put on the page, but the history that shaped his character and made him into the person he became.

You’re not sure what the point of this exercise might be. Could some other book come out of it? Maybe. His history has plenty of shadows and conflicts, but they’re smaller and quieter, you think, than the ones that went into the book you wrote. You don’t know if those “smaller” problems would interest another reader enough. All you know is that when you spend time playing with those earlier scenes, going back and looking through what you didn’t put on the page, experimenting with ways you might shape and grow that material, you’re happy. Other worries and frustrations don’t matter as much when you’re digging in that sandbox. Sometimes they don’t matter at all.

You like to be in that space. Your times there tend to be rare and short. Happiness, especially simple happiness where outside stressors don’t intrude, isn’t very familiar territory for you. When you do find yourself there, you can feel how it shapes everything else you do and think. Life is easier. You have more energy. Challenges are exciting rather than exhausting.

Sometimes – more often than you’d like to admit – the world gets to be too much. Whether it’s problems on the global scale, or personal frustrations like the nth rejection you just got, or the perfect friend who seems to do everything right and savors successes you can – so far – only imagine, you find yourself running into roadblocks all the time. You work on dealing with them more quickly, picking yourself up and dusting yourself off faster, but the obstacles still drain more of your energy than you know they should. Sometimes they strip all of your power away for a while, and you have to wait until you can function again before you get back on your feet and keep going.

In this dream-space, though, this time of hanging out with your beloved character again and mulling over his past, you don’t notice the roadblocks. If one of them crops up in front of you, you find you barely notice as you dart around it or skim over it. The light and the energy of that simple happiness fill you up and carry you along.

So you don’t know where this exercise might take you, but though you’re a productivity-driven person, for now you put that question aside. It’s enough to feel that light and energy. It’s enough to be where you are.

All photos by Paul Faatz

2 thoughts on “Experiments in Dream-Space”