It’s been another quiet week on the querying-and-waiting front. Part of me understands that this process simply takes a while; another part of me protests things like I didn’t think it would be this long! Waiting can be exhausting: riding the daily rollercoaster of bracing yourself for the worst, relaxing for a while, trying to plan for possible scenarios, trying to convince yourself you can deal with anything, bracing yourself again, over and over. One way or another, though, I think it does teach you patience. You don’t have a choice except to recognize – again and again, usually under protest – that you don’t have control over this process. Fighting it or arguing with it will make it no easier.

It certainly gives you a chance to learn about yourself. The past three months have made me look at some things about myself that I might not have come to grips with before. One very big thing I’ve started to see is that I don’t think I’ve ever managed to look at myself as a whole person, strengths and flaws and all. I’ve certainly never managed to be okay with that person.

I’ve written before about growing up in an environment where mistakes weren’t allowed, and where when it came to my artistic side, pretty much the best I could hope for was to be left alone to do my thing. Many of us dealt with those kinds of circumstances, growing up. (I’m not a parent and can’t imagine how hard it must be to do your best, every day, to take care of another human being who counts on you for everything. You’d have millions of opportunities to make mistakes. That kind of fear would chew me up and spit me out.) For me, one result of the way I grew up has been – as I’ve also written about before – that I have a very hard time looking my shortcomings in the face. They just can’t be there, because if they are, I’m not okay. 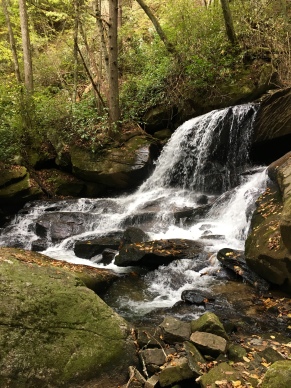 So now, as I’m waiting and worrying, I’m tasking myself as much as possible with the job of getting on with life. That means doing the work I need to do, and that in turn means giving myself a foundation to stand on, a place where I can plant myself no matter what happens with the things I’m waiting for. I can’t do that if I’m also gearing up to attack myself for failures and shortcomings, so I have to find a way to accept both the things I am, and the things I’m not.

For instance, in the “nots” column, I’m not a housekeeper. I’m the kind of person who has to gear up for days (if not weeks) for one “big clean,” and it usually only happens under duress because someone is coming over and it would be nice if the house didn’t look like an actual biohazard. When it comes to bookkeeping, I’m not much better. Theoretically I’m good with numbers, but the idea of, for instance, maintaining spreadsheets and tables of my self-employment income makes my brain congeal into a lump of ice, so tax season means about two solid weeks of panic every year as I scramble to pull all the numbers together. And, speaking of practical skills that can be important when you’re self-employed, I’ve never learned the art of networking and, to be honest, don’t want to. Small talk stresses me out and I’ve never been good at putting the right face on and “pitching” myself as a product. I saw a shirt once with the slogan Introverts Unite! Separately, in your own homes. This is me in a nutshell.

With varying levels of seriousness, I’ve criticized myself for those shortcomings and plenty of others. Sometimes I feel like I’m not good at the things that really are important – bookkeeping, networking, general practicality – and meanwhile, the things I am good at don’t especially matter. Sometimes I’ve been so angry at myself for the failures that everything seems hopeless. Over the years, I’ve spent a lot of time running away from myself, or at least from those aspects of myself that I don’t want to think about. That’s exhausting too. 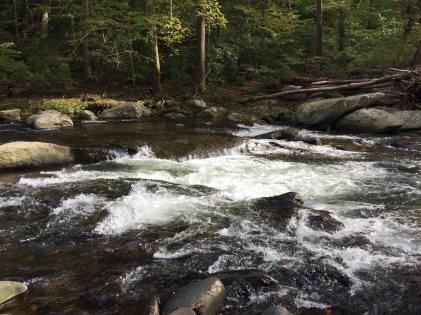 So I’m working, bit by bit, on accepting the parts of myself I don’t like as much. It’s very hard to wrap my head around the idea that shortcomings and limitations are okay, part of my makeup, and maybe I don’t need to fight them, hide them, pretend they don’t exist, or try to run away from them. And maybe it’s also worthwhile to think about things I can do well.

After many years of work, I’m starting to think I’m a pretty decent writer. A few days ago, I pulled out a book project I started last year, as a study for Fourteen Stones, and then put aside. It has rough patches and problems, but it also has a spark that makes it worth digging into again. I was impressed, which when it comes to my own work, is rare indeed.

And: having with pretty much the same group of writers in workshop for about a year and a half now,  I’m starting to see the real changes and progress in their writing. They’ve also become a tight-knit, supportive community, challenging one another to grow. That makes me proud in a way I’ve never really experienced before.

Also: the craft itself is a constant delight and fascination. I love figuring out what makes “good” writing so compelling and powerful, and I love problem-solving in writing that needs work. I don’t think I’ve ever felt that kind of fascination about any other subject. While you can definitely argue – as I have, to myself, many times – that it’s not the most practical subject to love, I’m glad to taste that kind of excitement.

For better or worse, this is how I am. Every day, as the waiting-rollercoaster carries me along on its ups and downs, I’m trying to hold onto this more candid, more honest view of myself, and decide that it’s all right. That it’s enough of a foundation to get me through whatever is coming.

I know I’m not the only one. So many of us struggle with the question of being “good enough,” forgiving ourselves for our mistakes and all the things we are or aren’t. It’s especially hard for those of us who are artists, who put ourselves on the line every day with the work that means the most to us, that carries a part of ourselves with it as we send it off into the world.

Maybe it isn’t worth trying to hide, or ignore, or run away from the things about ourselves that we don’t like as much. If we can forgive ourselves, take ourselves as the people we are, we’ll be all the stronger for it. And maybe in some small way, we can make the rest of the world stronger too.

One thought on “Good and Not-So-Good”