If you’ve been following the blog over the past few weeks, you know that one of the big things I’ve been writing about is recent experiences with anxiety. While panic attacks are familiar territory for me, the higher level of pretty-much-constant anxiety I’ve been living under is a new and highly unwelcome situation. I know I’m not the only one to go through something like this, though, and it’s been helpful for me to spend some time looking at causes and sitting with the feelings, rather than always trying to push back against them. If you’re a fellow struggler in these particular trenches, maybe some of these thoughts will help you too.

A couple of weeks ago, I posted about how a lot of what I’m currently experiencing started immediately after I made a promise to myself to take my work as a writer seriously. I was making the commitment to stand by my second novel until I find the right path to publication for it, and I was making the commitment to honor my work as a teacher and editor, and to remember that those skills are valuable and I should never doubt that fact. When I made that promise, I knew I’d get some level of pushback from depression, that longtime inhabitant of my brain. I didn’t know how strong the pushback was going to be. 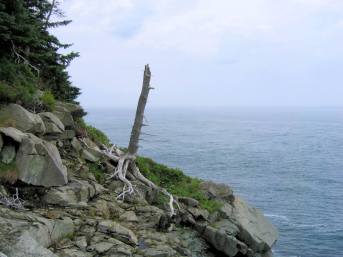 I’ve posted before about what my particular experience over the past few weeks has been like: the intense discomfort, the worry that I can’t trust what my mind is doing, the cycles of concern I go through. (“What if I can’t function? Okay, I can function, but what if I can’t do this specific thing? Okay, I can do that thing, but what if I can’t do this other thing? OMG, I almost put the milk away in the pantry instead of the fridge; I knew I was losing it!” and on, and on…). Along with worries about basic functionality, I’ve been afraid to trust my imagination. Of course that’s the most fundamental aspect of writing fiction: being willing and able to create imagined worlds and people, to take small threads of reality and spin them into a new and unique fabric woven from the mind. Sometimes I’ve worried that I’ll suddenly lose all my skills in that area. Other times I’ve worried that maybe I shouldn’t imagine things so much, in case someday I have problems figuring out what’s real and what isn’t.

It’s taken me a while to realize that much of this really is the pushback from my old nemesis, as I honor the promise I made to myself. Writing is more than a thing I do: it’s a huge piece of who I am. It’s a delight, a challenge, an obsession. I’ve always been deeply reluctant to accept myself as a writer, and to give my work and myself the respect they deserve. The depressive part of my brain still doesn’t want me to do that. It’s trying to stop me in whatever way it thinks will work, and it fights as dirty as it knows how.

But I’m stronger than it is. Over the past few weeks, I’ve found that in spite of all the things I’ve worried about, yes, I can still function. (Surprise! 😉 ) I’ve driven long distances, run errands, made meals and desserts, played the piano, taught writing workshops, done housework and yard work, and often have actually been more productive than usual, out of a need to keep busy. Ideas for my third novel have been percolating, in spite of my worries about using and trusting my imagination. I’ve read good books and laughed at episodes of Good Omens (speaking of books, if you haven’t read that one, you must). Life has gone on. Looking at it from the outside, it’s been fine.

Most recently, over the past couple of days, I’ve been able to think again about “what comes next.” I’d put that aside for a while, since getting along from one day to the next – and sometimes from one hour to the next – has been enough of a challenge. Now, though, I’m thinking about the workshops I want to do, the next book I want to write, the way my schedule will look in the fall. I’m finding myself honestly believing that in spite of everything that’s been going on, good things are on their way.

The other piece of this is that I know I’ll come out of all this stronger than I’ve ever been. I’m used to being scared of a lot of things. Now, though, I know what real fear feels like, and other fears seem a lot smaller. I’ve always been scared of driving on highways, but last week I did it every day without a twinge. Pretty much any challenge I can imagine feels like a problem that has a solution, rather than an unscalable wall. In a brutal, backhanded way, the past few weeks have given me a gift: perspective.

This is all still a work in progress. It’s easier, though, when I understand that what I’m experiencing is the growing pains associated with keeping my promise to myself. My depression doesn’t like it, but I’m doing it anyway, and everything is going to be better on the other side.

If you’re dealing with challenges like these, keep the faith. Good things are coming.